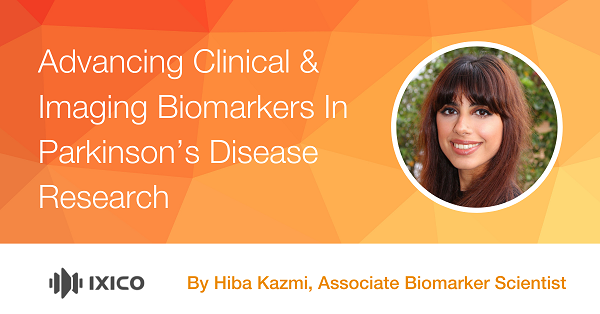 Parkinsonism is a movement disorder, although not always due to Parkinson disease. There are many neurological disorders that present with similar movement abnormalities. Although the differential diagnosis is mostly clinical between these different disorders, imaging biomarkers play a role and also have the potential to track disease progression.

Parkinsonism is a clinical syndrome that can be recognized by observation. It was first described in 1817 by James Parkinson in his seminal essay following observations of his patients.

Almost 70 years later, in 1880, J.M. Charcot first referred to ‘Parkinson’s disease’. Almost a hundred years later, in 1960, Ehringer & Hornykiewicz found depleted dopamine in the striatum of patients who had died with Parkinson disease. This opened the path to Cotzias in 1967, to reverse this clinical syndrome with a precursor of dopamine called L-dopa.

In the late 1990s, it was discovered that the accumulation of a misfolded protein called alpha-synuclein in the nervous system is the cause of Parkinson's disease and other Parkinsonisms. This revealed Parkinson’s as a progressive neurodegenerative disease.

With this then came the recognition that there are a number of prodromal premotor stages where patients present with much restricted phenotypes, some of which were discovered very recently, to name a few:

It is important to note that not all patients with Parkinsonism have Parkinson's disease.

Parkinsonism can be due to:

The latter are easily ruled out by medical history and exam, and we are left with neurodegenerative Parkinsonism which are called ‘proteinopathies’ – meaning they are caused by the abnormal accumulation of two types of proteins within neurons or glia:

Parkinson’s disease (PD) is the most common cause of Parkinsonism and is the second most common neurodegenerative disorder after Alzheimer’s Disease. It affects over 1 million people in the US and 60,000 Americans are diagnosed with PD each year. Currently, more than 10 million people worldwide are living with PD. The incidence of Parkinson’s increases with age, but an estimated 4% of people with PD are diagnosed before age 50. Men are 1.5 times more likely to have PD than women.

Multiple System Atrophy is much less common. It was first described in 1960 by Shai and Drager, in observations of patients with Parkinsonism that, in addition, had severe autonomic impairment such as orthostatic hypotension, urinary retention, erectile dysfunction, and decreased sweating. It took a few years to discover that synuclein was also responsible for this disorder, mostly in glial cells.

Progressive Supranuclear Palsy is another differential diagnosis of Parkinsonism and was described a few years later in 1964 by Steele, Richardson and Olsekewski. They reported nine patients, all with parkinsonism, but in addition, they had problems with voluntary eye movements, an extended neck posture, they would fall backwards and had cognitive problems.

There are current liquid biomarkers in development – those you can measure in CSF or blood – which are looking very promising, though all are still in the research setting. These are:

The future of biomarkers in Parkinsonism for clinical trials of disease-modifying drugs will require the integration of clinical together with imaging and wet biomarkers so that we can identify patients at the earliest possible stages when motor abnormalities are almost imperceptible.

This is not only key for disease prevention and disease-modifying drug development, but these biomarkers would also provide signals of early efficacy for go/no go decisions for drug candidates.

We can use imaging to enhance clinical trials in a number of ways, as well as to gain a better understanding of the pathology of Parkinson's disease. Imaging can be used in PD clinical trials for:

Unlike other neurodegenerative disorders, such as Alzheimer's disease, or even atypical parkinsonian syndromes such as PSP and MSA, MRI is not particularly useful at the early diagnostic stage of Parkinson’s. MRI is more useful from a safety perspective or when used alongside SPECT to exclude any strategic lesions.

Instead, functional imaging such as SPECT and PET imaging are particularly useful diagnostically, to assess the integrity of the nigrostriatal pathway by looking at the dopamine transporter (DAT). Aside from assessing the DAT, PD is a multifactorial disorder and various other neurotransmitters such as serotonin and noradrenaline but also glucose metabolism can be visualized using PET imaging.

Advanced MRI methods are now emerging as an interest in the use of imaging biomarkers to assess disease progression develops. These techniques have long been explored in an academic research setting, and we’re now seeing clinical trials starting to explore the use of these markers to look at disease progression as well as using multimodal imaging i.e. a combination of imaging biomarkers.

This technique is approved by the FDA and the EMA, particularly to help with a clinical diagnosis. Another approved use of DAT SPECT is as an enrichment biomarker in clinical trials, for the exclusion of subjects known as SWEDDS (scans without evidence of dopaminergic deficit) – these are patients that present with Parkinson's disease, but do not have any evidence of a dopaminergic deficit.

This could be because their pathology is slightly different, or their disease is slower progressing. In clinical trials, it is important that we are able to disentangle these subtypes as, depending on the trial, it may be desirable to only recruit those subjects which present with more typical pathology.

DAT scans are not useful in distinguishing between Parkinsonian syndromes, but are particularly useful at the diagnostic stage and when assessing  progression in the early stages of the disease.

There are a range of SPECT and PET tracers available that allow us to assess the integrity of the presynaptic nigrostriatal pathway, though they are looking at slightly different processes. For example, at the early stage of diagnosis, a PET scan using the F-DOPA tracer (associated with dopamine synthesis) will demonstrate upregulation, whereas when using a DAT tracer (assessing the dopamine transporter) , there will be slightly more downregulation due to compensatory mechanisms.

There are pros and cons of using both SPECT and PET. SPECT is more readily available, less expensive, and we have less of an issue with half-life. However, PET can provide higher resolution and better quantitative capacity. For example, the 18F FE-PE2I DAT PET tracer delivers:

We can use neuromelanin imaging to look at the integrity of the substantia nigra, which supplies the basal ganglia with dopamine:

While this is a promising technique, to date all studies have been small or use different sequences, therefore there is a real need for more multi-site, larger studies.

Excessive iron is thought to contribute to neuronal death. Patients with Parkinson's disease have an increase in iron, and there is a relationship between iron and neuromelanin in that the accumulation of iron, when it's not stored in neuromelanin, may contribute to the neurodegeneration in PD.

Free water imaging is thought to be particularly sensitive to assess tissue structure and demonstrate neurodegeneration. Again, focusing on the substantia nigra in particular:

Therefore, free water imaging seems very promising in terms of looking at progression, but also perhaps even being able to predict changes. Like iron imaging, it's thought to be useful even in the early stages of PD.

As well as looking at SPECT and advanced MRI techniques on their own, it is important to look at a combination of these modalities and focus not only on dopamine but also non dopaminergic measures. An increasing number of research studies are looking at a combination of these techniques, providing us with a better understanding of the processes that are happening in parallel to each other, but which we are only able to see through the use of different imaging techniques.

Longitudinal imaging is needed to help us understand which markers are particularly useful to assess progression.

Longitudinal cohorts such as the PPMI cohort are able to provide us with informative literature on disease progression. Longitudinal clinical and imaging data have been recorded from this cohort, over the course of four years, including the use of advanced MRI and volumetric MRI. For example, using free water imaging, Burciu et al., 2017 reported an increase of free water in those with PD compared with healthy controls who had no change over time. Zeighami et al., 2019 have reported the use of volumetric MRI as a potential prognostic marker, which is less likely to be affected by symptomatic treatment and by the potential “floor effect”, which may occur in longitudinal DAT SPECT (Simuni et al., 2018).

As mentioned earlier, alpha-synuclein is key in the pathology of Parkinson’s and recently, AC Immune received funding from the Michael J. Fox Foundation to support investigations into their proprietary alpha-synuclein-PET tracers ACI-12589 which have the potential to be a very useful markers in Parkinson’s disease but also other affected neurodegenerative diseases.

About the author: Hiba Kazmi, PhD

Hiba Kazmi joined IXICO a year ago. She graduated from King’s College London with a Master’s degree in Clinical Neuroscience and holds a PhD from University College London (UCL) Queen Square Institute of Neurology. Her PhD investigated the presence of clinical and imaging features associated with prodromal Parkinson’s Disease in patients with late onset depression. She also has experience in clinical settings, including working with patients with psychiatric disorders such as depression and schizophrenia.

Hiba is an Associate Biomarker Scientist at IXICO and works across a range of therapeutic areas including Parkinson’s disease, Progressive Supranuclear Palsy and Alzheimer’s disease.