Phase III clinical trials are required to prove the effectiveness and safety of a drug in a larger population. After decades of research, Alzheimer’s disease still has no disease-modifying drug that is approved as many of the drug development programs fail in later-stage phases. Due to the complexity of the disease and challenges associated with large scale later phase studies, Phase III Alzheimer’s clinical trials require neuroimaging approaches that successfully blend robust operational infrastructure, effective data management platform and advanced analytics.

This webinar will address practices to optimize the entire operational lifecycle including site qualification, investigator training and radiological reads in Alzheimer’s clinical trials.
In view of the large and complex data sets within Phase III trials, this webinar will present the advanced TrialTracker platform for scaling-up processes and systems to manage imaging data, from radiological read workflow to imaging analysis. It will additionally cover the AI-driven LEAP platform used to perform advanced segmentation and volumetric analysis in Alzheimer’s trials.

The development of the next generation of Alzheimer’s disease treatments is among the most important health needs worldwide, but presents huge challenges. The goal of the meeting is to bring together today’s worldwide leaders in the treatment of Alzheimer’s disease to discuss new results, candidate therapeutics, and methodological issues important to the development of the next generation of Alzheimer’s disease treatments. Clinical trial teams from worldwide centers will report on their efforts to identify new biomarkers of disease as well as more sensitive clinical assessment tools to identify those at risk for AD, to predict progression, and assess the effectiveness of new treatments. The future of clinical trials may lie in revisiting all drugs known to be safe and evaluate their relevance in AD treatment. We learned at CTAD 2019 of the importance of non-pharmaceutical trials and that anti-amyloid treatment for AD should begin early on in the disease process. We also discovered new promising treatments and we learned more of another pathway with Tau Biomarkers, and their implications for AD along with combination therapeutics and phase 3 clinical trials results. Again in 2020 Clinical teams will present their population studies on subjects in the early stage of the disease or even at the asymptomatic stage. CTAD 2020 will highlight the latest on trying to get these trials off the ground.

The Huntington Study Group’s renowned annual event, HSG 2020: HD in Focus: Navigating HD, will bring together more than 600 of the world’s leading Huntington disease (HD) researchers, health care providers, industry representatives, and members of the HD community to provide a forum for training and education in Huntington disease (HD) and for presentation of new research findings and treatments to the worldwide community.

The spinocerebellar ataxias (SCAs) are a group of autosomal dominantly inherited progressive ataxia disorders. SCA Global is a worldwide initiative for clinical research in SCAs and provides a flexible and open research platform to pursue the following goals: 1. To better understand the manifestation, evolution and impact of the various SCAs, 2. To develop and validate biomarkers which can be used in future interventional trials, 3. To facilitate access to people with SCAs who are willing to participate in clinical trials.

DPHARM is the conference that challenges and reports on innovation to shake up the way we do clinical trials to reduce patient/physician burden and drive greater efficiencies. We challenge how we want clinical trials to look by 2030 and share examples from those who are doing something about it. We highlight major opportunities to fundamentally change how clinical trials are operationalized going forward.

AAIC 2020 will bring together international investigators, clinicians and care researchers to discuss the latest studies, theories and discoveries that will help bring the world closer to breakthroughs in dementia science.

MIUA is a UK-based international conference for the communication of image processing and analysis research and its application to medical imaging and biomedicine. This is a rapidly growing subject with ever increasing real-world applicability.
MIUA welcomes all researchers in medical imaging including mathematicians, computer scientists, bioinformaticians, clinicians, engineers and bioscientists.

MIUA is the principal UK forum for communicating research progress within the community interested in image analysis applied to medicine and related biological science. The meeting is designed for the dissemination and discussion of research in medical image understanding and analysis, and aims to encourage the growth and raise the profile of this multi-disciplinary field by bringing together the various communities including among others: 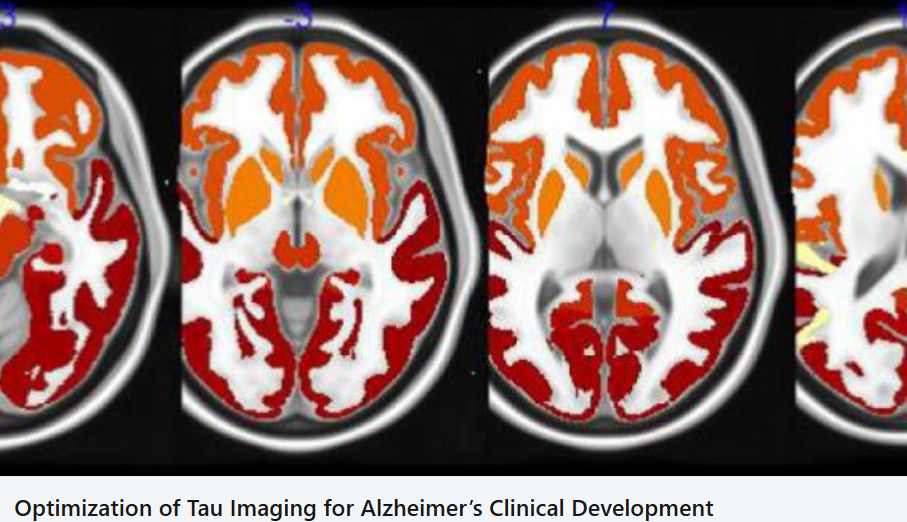 In recent years, there has been an increasing focus on investigating the role of Tau in the onset and progression of Alzheimer’s Disease (AD), and in other neurodegenerative diseases associated with the accumulation of pathological misfolded Tau, such as progressive supranuclear palsy (PSP) and frontotemporal lobar degeneration (FTLD). Studies using recently introduced second-generation Tau tracers suggests that these tracers are binding to Tau with higher specificity compared to previous tracers, leading to increased interest in Tau within clinical studies. However, it’s still unclear what role Tau imaging will play in clinical trials: should Tau be used as a clinical endpoint; and how does it link to other biomarkers such as amyloid-beta, with some studies suggesting that amyloid-beta triggers the spread of Tau beyond the MTL region.

Given that the majority of Tau studies have been conducted using first-generation PET tracers, which had shown high incidences of off-site binding, it will be important to review the current data to understand what we know about Tau in AD and how second-generation tracers are being applied in clinical studies. Additionally, this webinar will cover the steps being taken to advance Tau PET operational and analytical methodologies in AD clinical studies and other Tau-related neurodegenerative diseases.